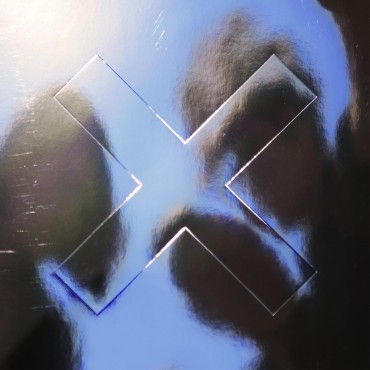 It could be love, I think you’re too soon to call us old.

The xx’s (consisting of Romy, Oliver Sim and Jamie xx) most recent album ‘I See You’ is not only a smooth transition into a new style from their previous albums, whilst exploring new themes, but it let’s Jamie xx hold the flag and take the lead production-wise after the success of his debut left-field/house album In Colour of 2015. Built around weird, almost baroque-like chants in Lips and their usual finger picked ambient guitar style in Replica, yet a four on the floor beat combined with a Hall and Oates sample shows Jamie xx isn’t afraid to bring the dance floor from his world of electronic house and downtempo into the band’s unique indie dream pop style.

My personal favourite on the album, Violent Noise, features just Oliver Sim’s vocals over some ridiculously chill and smoothly picked guitar progressions, accompanied by just some subtle, reverby spaced-out arpeggiated synth stabs. In the chorus it thickens out a bit with more of a sequenced pattern on the synths and also the drums charmingly creep in a way that you barely notice.

The strongest song on the album was also one of my favourite songs from 2016 – On Hold. The sample from the song I Can’t Go For That by Hall and Oates was probably intended to take the audience by surprise when it hits you in the chorus. It is rare that someone can sample a portion from such a well known song and completely remake it. Which is what Jamie xx precisely executes in this song. Sometimes for a good song you don’t need intricate instrumental work, complex lyrics, and a deep and well thought out meaning. All you really need is a catchy-as-fuck repetitive sample and a fun beat that makes you want to tear up the d floor, joined with a fun and memorable verse-chorus structure. Those are the best songs. Somewhere on my bucket list is definitely to hear this song live.

Another pick is I Dare You, which whenever I put on I can imagine a summer evening driving a convertible into the sunset (even though I don’t have a convertible) with a soft breeze, because that is what that song does to me, which is pretty surprising because really all it is, is arranged very simply, with limited layers; the smoothest drum loop consisting of a kick and a snare, an ambient, faint synth, the trademark reverby packed, rough around the edges guitars, and of course the shared whispering/singing between Romy and Oliver Sim.

If you asked the hardcore fanbase, they’d probably tell you I picked out the worst songs on the album to talk about. But these are the songs that resonate with me the most. Most of all, I look forward to Jamie xx’s next release.

View all posts by Roberto Castillo-Olivares